A country’s or region’s flag represents its people’s identity. It’s what makes them stand out at the Olympics, during international sports matches, and signals that they’re independent of any other country. While the idea of a flag is technically a simple one, these pieces of cloth have come to mean a lot to their people.

Trampling on a flag, or desecrating and insulting it in any way is usually seen as a punishable offence. Some people don’t even want their flag to be on the floor or ground. They might not even like having their flag printed on a ball, as a ball will probably touch the ground. That’s how venerated flags are in certain places. In fact, most folks probably have some sort of emotional attachment to their flag even if they don’t like their country all that much.

Many flags also tell a story in the patterns, symbols, and colors in their designs. We know about the 13 colonies and 50 states represented in the American flag. Having said that, there are many beautiful flags in the world that we should know about. Let’s have a look at some of them now. But if you want to find out some of the most awesome vacation ideas for you and your family, click the link.

Not only is this flag full of striking color, but there’s also an interesting history behind it. The pattern here is based on the ancient symbol, the Vergina Sun. This symbol was a part of ancient Greek history along with the ancient kinds of Macedon.

In 1992, when Macedonia gained its independence from the USSR, the country used this symbol for their flag—yellow on a red background. This caused a bit of a controversy, as neighboring Greece considered the symbol to be their own. They retaliated by putting an economic embargo on the new country Macedonia. The embargo worked as planned, so we now have the current flag as a sun with eight rays. This pattern is called ‘the new sun of Liberty’.

This country is part of the ABC islands; its sister islands are named Curacao and Aruba. While all three islands are technically under Dutch control, they’re regarded as special municipalities that are autonomous. Hence, they also have their own flags.

The flag of Bonaire is not without symbolism. It has dark blue to symbolize the sea, yellow for the sun, and the white representing the sky in between. In the middle of the black compass, there’s a red star to symbolize the Dutch connection. Finally, the four-pointed compass is to show that the people on the island come from all four corners of the globe.

A proper vexillologist (person who studies flags) helped to design this flag. It’s a bit tricky to include a crest or emblem on a flag, but the expert designing makes it possible in this case.

This flag might remind a layman viewer of an emblem in a science fiction book or movie. Its design was by the country’s First Lady, Emlain Kabua. While it might seem a bit futuristic, the flag has a design with a down to earth concept.

The diagonal band here represents the equator, with the white bar being sunrise and the orange symbolizing sunset. The star has 24 points, which represent the electoral districts in Marshall Islands. There are also four long points to symbolize the largest cities within these islands. So far, this is the only national flag with that many points on star. Meanwhile, check out the link if you want to discover the most affordable countries for students to visit.

This flag definitely has a beautiful design, and one that evokes questions as well. This is one of the few flags with a dominant emblem; in this case, the castle and key represent the coat of arms for the country. This was granted in 1502 by Queen Isabella I of Castile.

The design here might be mistaken for a castle, but it’s actually meant to represent a fortress (the fortress of Gibraltar). Some might even say it looks like a stadium, especially if you’ve seen some of the most beautiful stadiums in the world. The design is based on the fact that Gibraltar, now classified as a British Overseas Territory, was once known as the ‘key to Spain’ according to the Moors.

The British named it the ‘key to the Mediterranean’. The latter name was to prove true in the course of history. The British captured this region in 1704 and still maintain a hold on it to this day. It took 63 warships and no less than 11 sieges, which is probably why the fortress is depicted with a key.

The flag of Rwanda was once the same as the flag of Guinea (for about 40 years), with just the letter R in the center to make it a little different. In 2001, however, the Rwandan flag underwent a complete transformation. It is now one of the world’s most distinctive flags.

The combination of colors is what makes this flag so beautiful. There’s a foundation of green, symbolizing hope and prosperity. The yellow is for economic development, while the sun represents enlightenment. The blue symbolizes peace and happiness.

The political history of Rwanda and its flag are closely intertwined. Many flags have resented this region when the European colonial powers dominated it. Its first flag was probably that of German East Africa, featuring a black cross and red square on white, with the square holding five white stars. After the First World War, Rwanda was occupied by Belgium after the defeat of Germany. At this time, Rwanda didn’t have its own colonial flag. It was under the Belgium flag itself. In 1959, Rwanda gained independence and adapted the Belgian flag for itself, but with Pan-African colors.

The flag of this country is probably one of the most unusual flags in the world. It has the rare appearance of looking authoritative with a festive touch. The Southern Cross here is shared with the flags of New Zealand and Australia, but the really eye-catching feature is the bird.

To be more precise, this is the beautiful Raggiana bird-of-paradise, the national bird of Papua New Guinea.

The choice of the black and red colors is also interesting, as these are a popular feature of the native tribes within the country. Incidentally, these colors were also included in the flag of the German Empire, which possessed PNG until its independence in 1918. Yet another unique aspect of this flag is its shape; the ratio is 3:4 instead of the usual 1:2. While it’s not the only national flag without the 1:2 ratio rectangular shape, the feature is still a rare one.

The design of the Tanzanian flag might be somewhat simple, but the symbolism and contrast is what sets it apart. The green is pretty straightforward, symbolizing the rich agricultural resources of the country. The blue is for the Indian Ocean, which Tanzania borders upon. The black line is for the naive Swahili people in Tanzania.

The yellow lines, which provide a lovely contrast, are also a very telling part of the flag. They represent the ore being, or the large mineral deposits of the country. Some debate that the yellow actually represents the gold of Tanzania, which makes up a major part (over a billion dollar worth) of its exports. Other than the rich resources, the gorgeous heritage sites of this country make it well worth a visit.

This country gained independence from the UK in 1964. On 6h July of that year, it also adopted this beautiful flag. Malawi is located in Southeastern Africa, and its flag represents a lot of important aspects of its identity.

For instance, the sun at the top of the flag is symbolizing the dawn of Malawi’s new, independent era. There are 31 rays coming out from the sun; this is to signify that Malawi was the 31st state that was free from colonized rule by the Europeans.

The black color on top is for the indigenous people, while the red is symbolizing the blood that was spilled to gain freedom. The green party represents the natural resources of the country. In just a few shapes and color, this flag has conveyed a tragic history, a message of hope, and a deep connection to its past. The design might not be a complex one, but it’s all the more beautiful for its rich history and symbolism.

There are several other flags in the world with beautiful and intriguing designs. The list above simply opens up the discussion for how flags can tell us about a country’s story, struggles, and their hopes for the future. Every little thing counts in a flag design; the colors, the contrasting shades, the patterns, and the emblems. Each of them represents something different, but it takes a lot of thought and effort to put everything together in a harmonious way. And if you want to know the smallest countries in the world, click the given link. 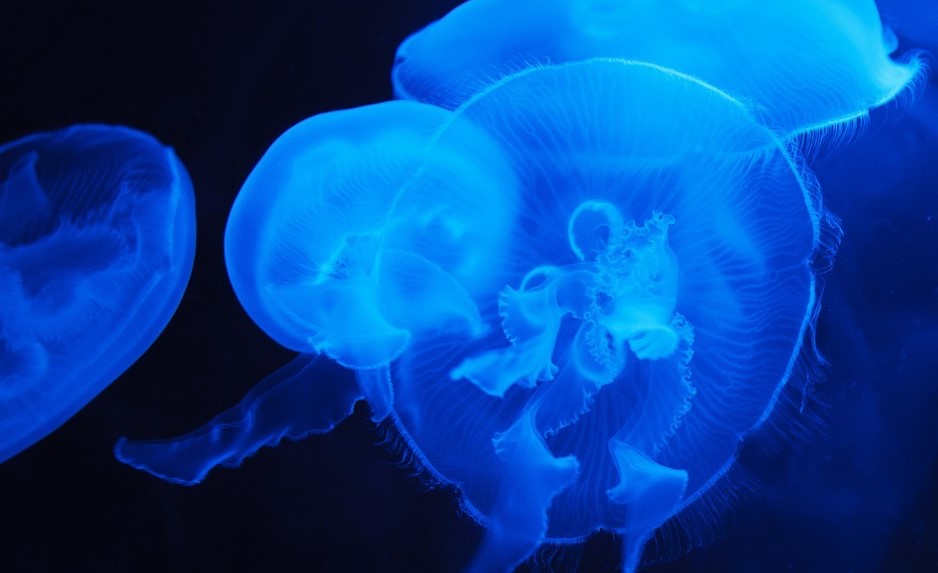 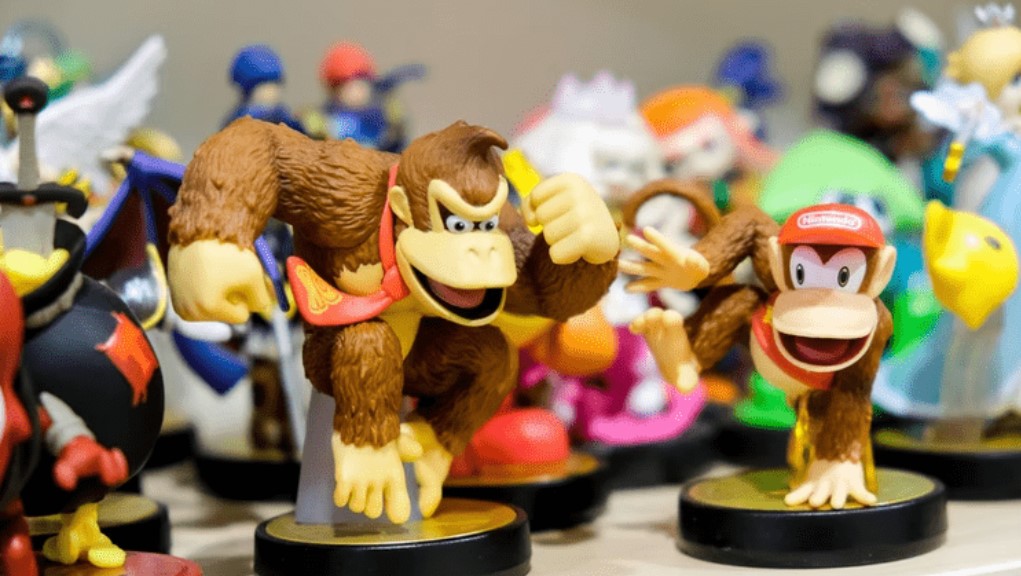 The Interesting History of Legend of Donkey Kong