Doesn’t the story of the golden generation of Belgium match

A royal rise from scratch, again a departure from that empty hand. However, the World Cup in Qatar, many can remind that. However, the aging Azar, de Bruina, Lukakura will succeed there, there are very few people to bet on it. This event is about the rise of this golden generation, the triumph of hope and the story of falling face down on the big stage, the fruit of a far-reaching thought.

This is how Michelle recalled the 1990 World Cup. Belgium and England faced off in the second round of the World Cup. The English won the match with a goal from David Platt in the last minute of extra time. He was sitting on the field, but Sablon did not have the good fortune to see the goal with his own eyes. He was making a list in a white book of who would take the penalty in the tiebreaker by then! What will happen with that list, if you have to score a goal at the last minute? Michelle did not keep the list. It is better to say goodbye to trouble.

Speaking of the beginning of the twenty-first century. Michelle Sablon, a dreamer and then technical director, wanted to end the traditional laziness and dullness of Belgian football. The aim is to improve the players as well as bring about a revolution in the whole football system.

More than a decade after that Belgium-England match, Sablon is sitting with another white book in his hand. This time around, however, he has just begun work as the newly appointed technical director of the Belgian Football Federation. Sitting at the Brussels headquarters, he drew a blueprint for Belgian football in a white notebook, the result of which is the golden generation.

Let’s go back to that ’90 World Cup. After that match, Belgian football was in a kind of darkness. 10 years later, they are the organizers of the Euro. That Euro also sank as usual; However, due to being the organizer, some money came into the hands of the federation. With that investment, the blueprint of Sablon was made successful. So what was there?

Sablon emphasized basically three things. First, coaching. Sablon made the Level-One coaching course free for all, resulting in a lot of quality coaches in Belgium. Second, worked on the development of young footballers. At that time, a Belgian schoolboy could practice a maximum of 2-3 hours a day. The Belgian Federation works with the government and brings it in 5-6 hours. Not only that, in age-based teams, there were 5-6 players instead of 11 players, which gave the players control over the ball from an early age. Because, the fewer players on the field, the more a player’s ball will touch. Third, the discovery of talent. The federation divides the country into eight parts and builds an international standard stadium in each part, which easily brings out the talented footballers scattered all over the country through trials.

The Belgian Federation also took a huge step in imitation of other European giants Germany, England or France. And its harvest is today’s Belgian golden generation.

John Kinderman was in search of talent. He used to go to every school and look for talent, one of which he boasted as ‘Purple Talent’. Lots of players started coming from those trials of the two sessions. Romelu Lukaku is one of them. Kinderman said of 13-year-old Lukaku,
Not just Lukakui, from today’s Eden Azar-de Bruyne to Thorgan Azar, Munier, Courtois, Martens or Carasco, everyone is playing Euro. In just 12-14 years, the Belgian Federation has produced so many flowers out of just 11 million people.

However, Sablon did not stop picking up the players. He also changed the way Belgium played football all over Belgium. At that time, most of the Belgian clubs, including the national team, played the team in a 4-4-2 formation. But Sablon issued a summons to play in a 4-3-3 formation. The goal was obvious, to make the teams play more aggressively.

Sablon was unwavering in his position, relying on the process. The fruit? Belgium was able to defeat the same France team within a year.

Belgium is literally going through a dark time when Sablon is busy with reforms. In 2012, their FIFA ranking dropped to 61. The country also failed to qualify for the two major tournaments in the middle. Just two years from there, the Red Devils set foot in the Brazil World Cup from No. 5 in the rankings. However, they had to say goodbye to Messi’s loss to Argentina in the quarter finals. Despite leaving the last eight of the service, Belgium conveyed their arrival message very well.

Success catches up a year later. Belgium topped the FIFA rankings for the first time in their history. The mercury of expectations is also gradually increasing. For the first time, the Belgian dreamed of winning the title. 2016 Euro came to the door to see.

Belgium made a great start. The name of Belgium also started to be pronounced in the rat race of the title with the host France. But that Belgium quarter-final loss means newcomers to Wales. Wales stunned the world with a pair of goals from Hal Robson Kanu, despite a lead from Radja Naingolan at the start. The then coach Mark Wilmots was extremely critical of the tactics. He was relieved of his duties. Spanish coach Roberto Martinez came to the dugout.

Belgium became even sharper after Martinez took charge. Belgium have won the most 48 matches in Europe since taking office. In addition, they scored the most 17 goals during this period. But they have to leave two major tournaments in a row empty handed.

Basically, counter-attack is Belgium’s motto, where Lukaku’s strength and Azar’s dribbling ability can be used to attack Belgium quickly. And De Bruyne moved the game from a little behind. Russia’s second goal against Brazil in the World Cup or Chadli’s last-minute goal against Japan will give you an idea of ​​Belgium’s style of play.

But … why break down on the big stage anyway?

If the Belgians blame fate for some of the specific reasons, there is probably no way out. With the exception of Wales, one of the four tournaments in this golden generation, Belgium was eliminated with three teams playing great in the tournament at that time – Argentina, France and Italy. The question may come, if you want to win the title, you have to beat the big teams.

This is where inexperience has pushed Belgium the most. Earlier, Belgium’s best achievement in the Euros and World Cup was reaching the semi-finals. Belgium is far behind in terms of playing, pressure or tradition with big teams on the big stage. Even the technical staff does not have the experience to win big titles. Not becoming the mindset of the big team is also an obstacle.

As Russia looks to the World Cup, the Belgian team rejoices after beating England in the third-place match to achieve the highest success in their history. However, Belgium was able to win the World Cup by handing home tickets to great Brazil. Satisfied to be third there?

Second, they often lose ground when faced with difficult and tight defenses. And for this reason, every time Belgium gets stuck in front of a good defense. Argentina’s defense was great in the 2014 World Cup knockout round, with Mascherano in front; As a result, Lukakura could not find the face of the goal. The same goes for Russia, France or Italy in the World Cup. But in this case, Belgium was not seen to implement any ‘Plan B’. The result, despite being a title hopeful, is the last eight. 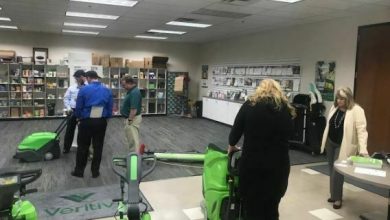 Spaces and obstacles vary in different areas in a building Chopta is a Hill Station Set in The Himalayas of Uttarakhand 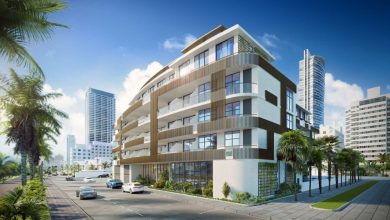 The market is full of captivating twists and turns